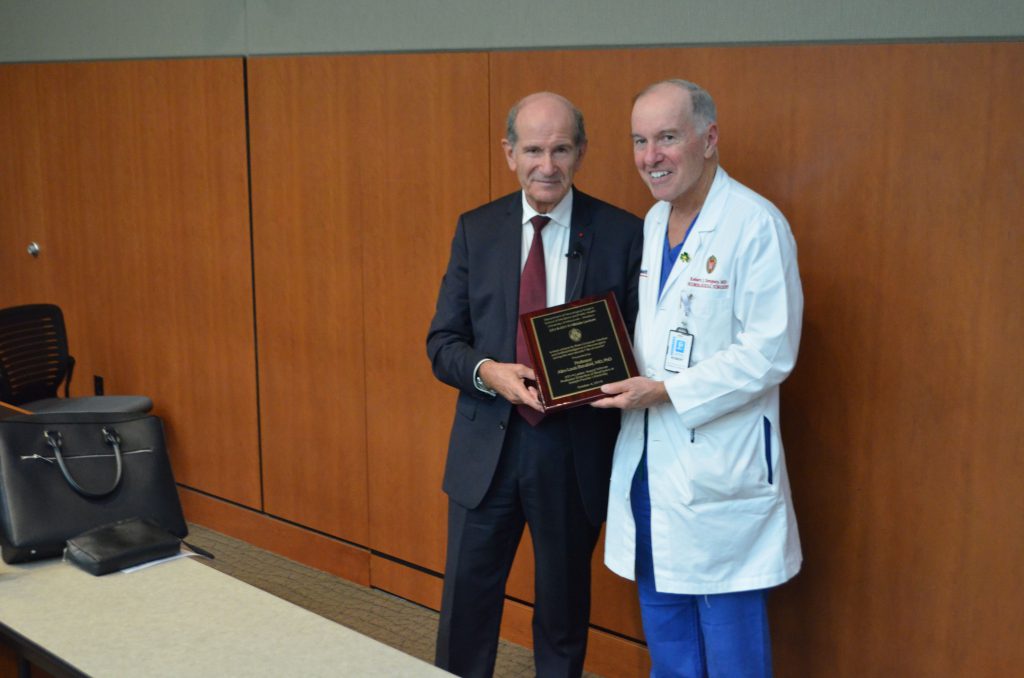 Professor Alim Louis Benanid came and presented Oct 3rd for Grand Rounds and spoke at the Hildale Lecture on Oct 4.

“Is there a future for Brain Computer Interface and Artificial Intelligence in Neurosurgery during the next decade? Yes, of course!”

Dr. Benabid is the inventor of stimulation of brain nuclei for functional disorders such as Parkinson’s and movement disorders. This work is gradually being extended to other areas of functional decline of the brain. In Dr. Benabid’s lecture he will expand the future of the brain computer interface and artificial intelligence for its potential for treatment of congenital and neurodegenerative disorders with implications for such other issues as stroke and trauma. As the 2014 Lasker Award winner, he is one of the most highly honored people in applied neuroscience in the world.

This event was generously funded by the Hilldale Lecture Fund and has received additional funding from the Department of Neurological Surgery.