The arc of our vision is to materially improve care for brain disorders through a better understanding of its molecular substrates. Since the 1980s, modern genetics held out hope that one could identify new genetic markers of mental illness to augment present day measures of behavior. New lab tests for genetic markers would then indicate to mental health professionals the most promising drug for each person, and direct pharmaceutical companies in fruitful searches for drug development. Even though complete mapping of the human genome was announced in 2003, this genetic approach has had limited impact on improving the lives of those with brain disorders. Two very recent opportunities promise to resolve this impasse: 1) seeking bio-markers in more promising regions of the genome than DNA sequence alone, and 2) sorting these regions by their capacity to alter the expression of important genes in the brain. To the present, neuroscience approaches also have overlooked how normal but ever-varying environmental factors faced in every day life affect the amount and distribution of neurotransmitters and other brain chemicals that each person produces. It is now understood that environmentally sensitive mechanisms including DNA methylation integrate sensory and emotional inputs that drive binary gene expression (i.e., to “go” and to “stop”) in neuronal pathways to maintain gene expression at necessary thresholds. These mechanisms labeled “epigenetic” provide the observable molecular chemistries that underlie and resolve the longstanding debate of the balance between “nature” (our genetic legacy) vs. nurture (our life experiences) in the expression of all traits after meiosis and mitosis. Now characterized in their earliest embodiments, epigenetic mechanisms understood at the biochemical level are revolutionizing the ways in which all human phenotypes and disorders are categorized and treated. The rate limiting step to full illumination of epigenetic mechanisms, and their application to human health and welfare, is the limited number of investigators in this first wave. We are deeply committed to stand at the leading edge of the application of epigenetics in brain disorders, come join us!

Recent article from Spectrum news regarding our characterization of 5hmC in an autism mouse model. https://spectrumnews.org/news/newly-named-player-in-gene-expression-may-be-key-in-autism/ Recent review: New hope: the emerging role of 5-hydroxymethylcytosine in mental health and disease, Madrid_et al review   Listen to a recent description of our research that aired Nationally on Public Health Minute

Our lab extensively utilizes rodent and non-human primate models to study the temporal and spatial changes of DNA methylation (both 5-methylcytosine [5mC] and 5-hydroxymethylcytosine [5hmC]) throughout neurodevelopment toward neurodegeneration, and due to prenatal/early life stimulus (e.g., autism, schizophrenia, depression, anxiety, and Alzheimer’s disease). It is likely that most adult brain disorders emerge early in life but are commonly unrecognized and untreated. Despite the prevalence of these illnesses, the field lacks a clear understanding of their etiologies and pathophysiology. As a result, current treatments are not optimal, resulting in a failure to effectively treat childhood symptoms and leading to a greater functional disability because of cumulative damage. Our approach employs an interdisciplinary combination of basic and translational strategies to identify the molecular mechanisms affecting human behavior and cognition.

We recently utilized an established model of an anxious temperament phenotype in rhesus monkeys to find anxiety-related changes in DNA methylation that led to the identification of candidate genes that are linked to the development of anxiety and depressive disorders. This approach represents a critical step toward developing novel childhood interventions designed to reduce suffering and prevent the risk of developing psychiatric disorders. However, these data clearly warrant a deeper, multi-tissue, investigation of DNA methylation marks associated with anxiety, especially in light of the recent discovery of 5-hydroxymethylcytosine (5hmC), a novel environmentally sensitive DNA modification that is highly enriched in the brain and is associated with active transcription of neuronal genes. Dr. Alisch was awarded the 2015 Hartwell Individual Biomedical Research Award to employ an innovative combination of anxious behavioral phenotype, neuroimaging, gene expression, and whole genome methylation sequencing (for 5mC and 5hmC) data from the same monkey to identify the following: 1) the independent contributions of 5mC and 5hmC to the anxious temperament phenotype; 2) consistent methylation marks linked to anxious temperament in both brain and blood tissues; and 3) the ability of blood-based markers to predict anxiety levels in children. Together, these studies will identify molecular substrates (e.g., methylation marks) that can be used to powerfully characterize children with early-life symptoms, such as an anxious temperament, and ultimately devise personalized treatments for those at high risk of developing full-blown anxiety and depressive disorders.

We recently profiled the genome-wide distribution of striatal 5hmC in an autism mouse model (i.e., a Cntnap2 homozygote) that exhibits core autism features, including deficits in striatal GABAergic signaling. Remarkably, Cntnap2 homozygous mice exhibit a genome-wide disruption of 5hmC in the orthologs of an extraordinary number of genes implicated in human autism (N=68/233). Thus, these data suggest a role for 5hmC-mediated epigenetic modulation in the pathogenesis of autism. Notably, mice heterozygous for Cntnap2 (Cntnap2+/-) do not show any behavioral or neuropathological abnormalities observed in the knockout. Since 5hmC levels are environmentally sensitive, we next hypothesized that Cntnap2+/- mice subjected to an early environmental stress would have disruptions in 5hmC and may exhibit autistic-like behaviors similar to the Cntnap2 homozygous mice. To test this hypothesis, we subjected Cntnap2+/- mice to prenatal stress and subsequently examined a variety of adult behaviors, including anxiety, depression, and sociability. Unlike wild-type littermates, prenatally stressed Cntnap2+/- mice exhibited hyperactivity and social deficits, similar to the homozygous mutant. In addition, genomic profiling revealed disruptions in 5hmC throughout the striatal genome, which also were similar to those seen in homozygous mice. Finally, integration of the above data with striatal gene expression data revealed that differential hydroxymethylation correlated with altered transcript levels of genes shown to contribute to the deficits in GABAergic signaling and social behavior (e.g., GABA receptors and Oxytocin). Thus, these data demonstrate that a gene by environment interaction leads to hyperactivity and social deficits, and suggest 5hmC is a molecular mechanism contributing to this outcome. Together, these findings will identify stress-related molecular targets in the brain that are influenced by environmentally sensitive epigenetic mechanisms, which may be involved in a common etiology of developmental brain disorders, including autism. Notably, these findings have been used to successfully compete for two early investigator awards from the Brain & Behavior Research Foundation (formerly NARSAD; Dr. Ligia Papale) and a National Research Service Award (Andy Madrid).

We previously examined genome-wide DNA methylation in the peripheral blood DNA from a cross-sectional study of 398 boys, aged 3–17 years, and found significant age-associated changes in DNA methylation at 2,078 loci. Meta-analysis (N = 1,158) with two adult populations reveals that despite a significant overlap of age-associated loci, most methylation changes do not follow a lifelong linear pattern due to a threefold to fourfold higher rate of change in children compared with adults; consequently, the vast majority of changes are more accurately modeled as a function of logarithmic age. We therefore concluded that age-related DNA methylation changes in peripheral blood occur more rapidly during childhood and are imperfectly accounted for by statistical corrections that are linear in age, further suggesting that future DNA methylation studies should be matched closely for age. In a recently funded proposal from the UW’s Alzheimer’s Disease Research Center (ADRC) we will built on these concepts by using the long-standing Wisconsin Repository for Alzheimer’s Prevention (WRAP) cohort to investigate the presence of differentially methylated loci (DMLs) in the periphery that distinguish persons with and without late-onset Alzheimer’s disease (LOAD). This approach revealed DMLs at 477 loci in a plurality of genes. Of these DMLs, 17 were shared between continuous clinical variables of LOAD, which included Rey Auditory Verbal Learning Test (RAVLT) scores, cerebrospinal fluid total tau (t-tau) and phosphorylated tau 181 (p-tau181) levels, and t-tau/Amyloid beta (AB1–42 (AB42)), p-tau181/AB42, and AB42/AB1–40 (AB40) ratios. In patients with LOAD, 12 of the 17 shared DMLs were hypomethylated in B3GALT4 (Beta-1,3-galatcosyltransferase 4), a gene previously associated with LOAD in the superior temporal gyral brain region, while 5 were hypomethylated in ZADH2 (Prostaglandin reductase 3), a novel LOAD-associated gene. Taken together, these data reinforce the use of blood as an accessible tissue of value in the identification of DMLs associated with dementia onset and progression. Our data lend further support to the role of enzymes in ganglioside and prostaglandin metabolism in the pathogenesis of Alzheimer’s disease, and may provide novel diagnostic, prognostic, and modifiable therapeutic targets.

Recently, we teamed up with Dr. Azam Ahmed (UW Neurosurgery) to determine the genome-wide DNA methylation (5mC and 5hmC) signatures of glioblastoma multiforme and margins. In addition, the blood of these patients also will be examined for DNA methylation levels to develop a rapid and exact blood-based assay for the early detection of glioblastoma multiforme. These findings will be a ‘game changer’ for these patients, providing personalized metrics for patient-specific diagnosis, response to therapies, surgical resections limits, and survival. Together research from our lab is timely and has the extraordinary potential to transform the way that we think about the elusive etiology of neurodevelopmental, neurodegenerative, and brain trauma-related disorders, helping to bridge the gap between basic and clinical research in these disorders.

The following two links are the complete information of hyper and hypo DhMRs, in .txt format

The following are a simplified version the above two files, with only location information, in bed format. 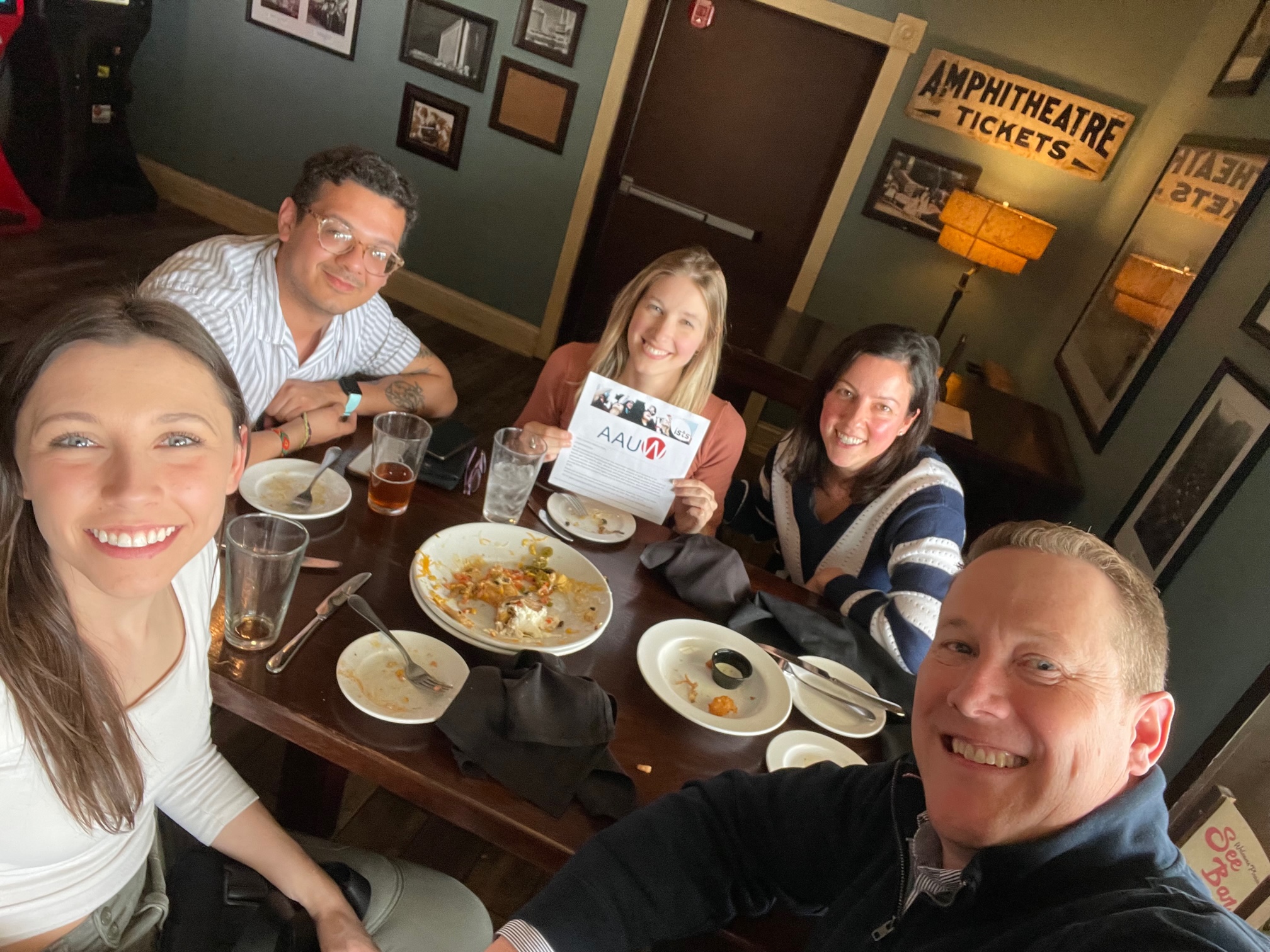 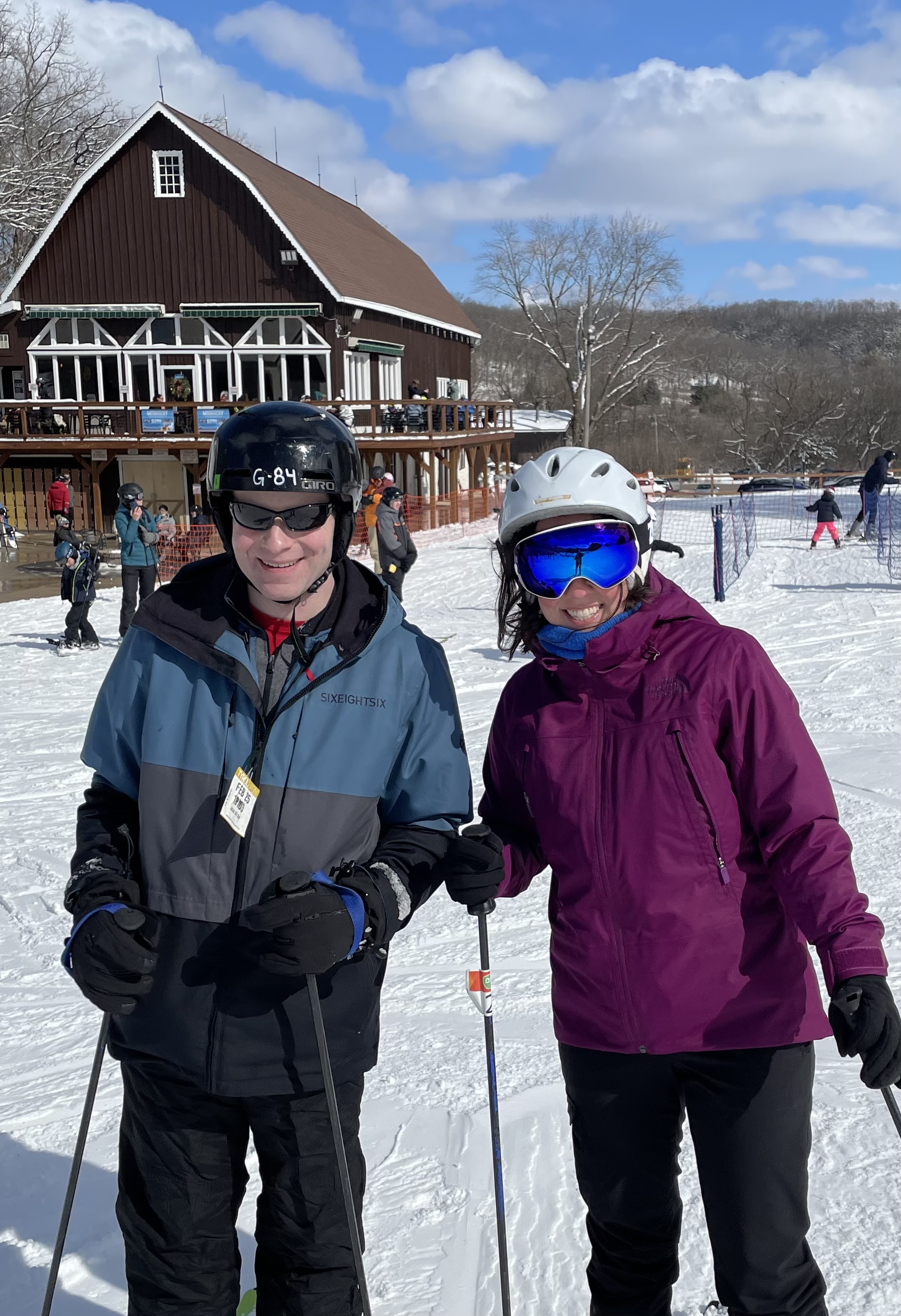 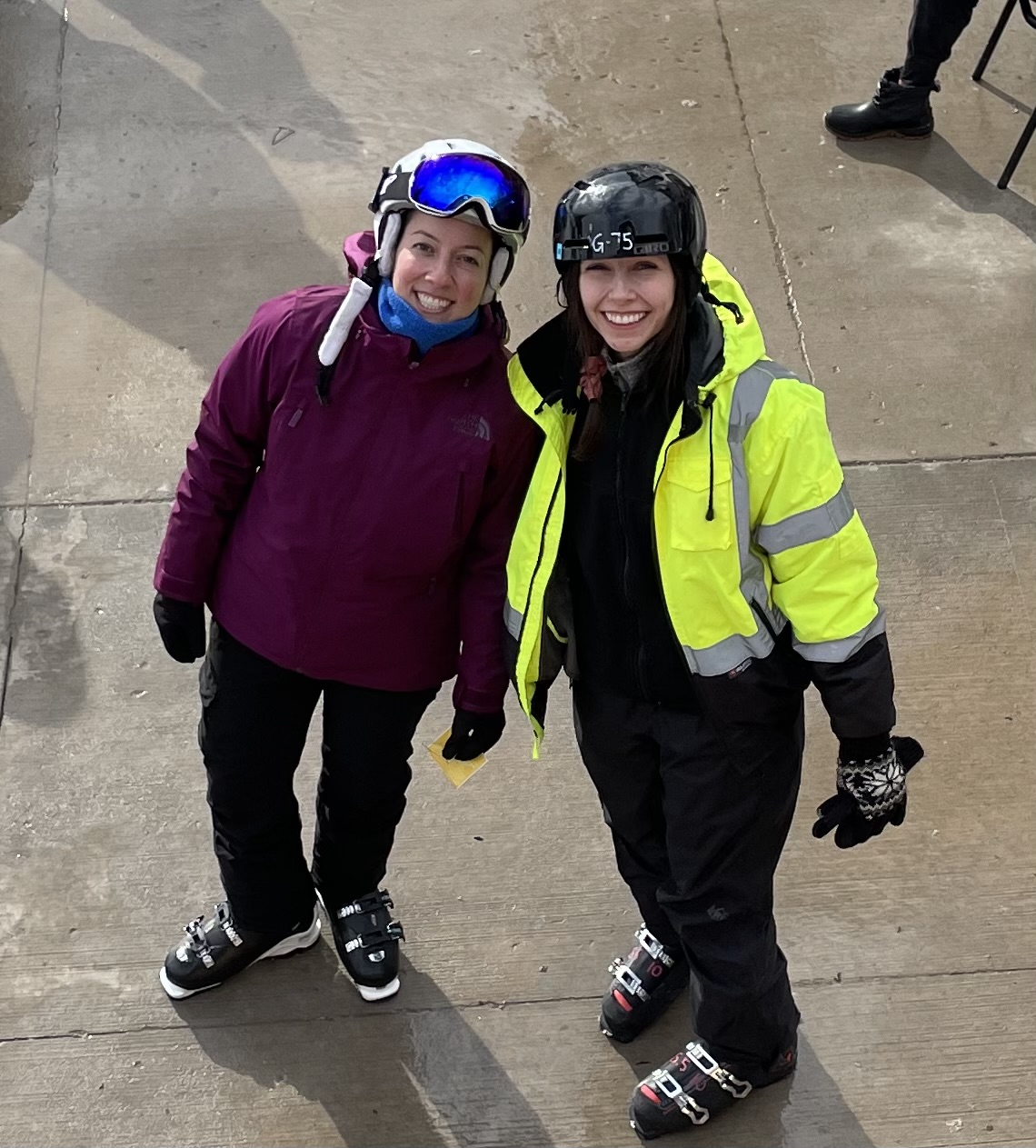 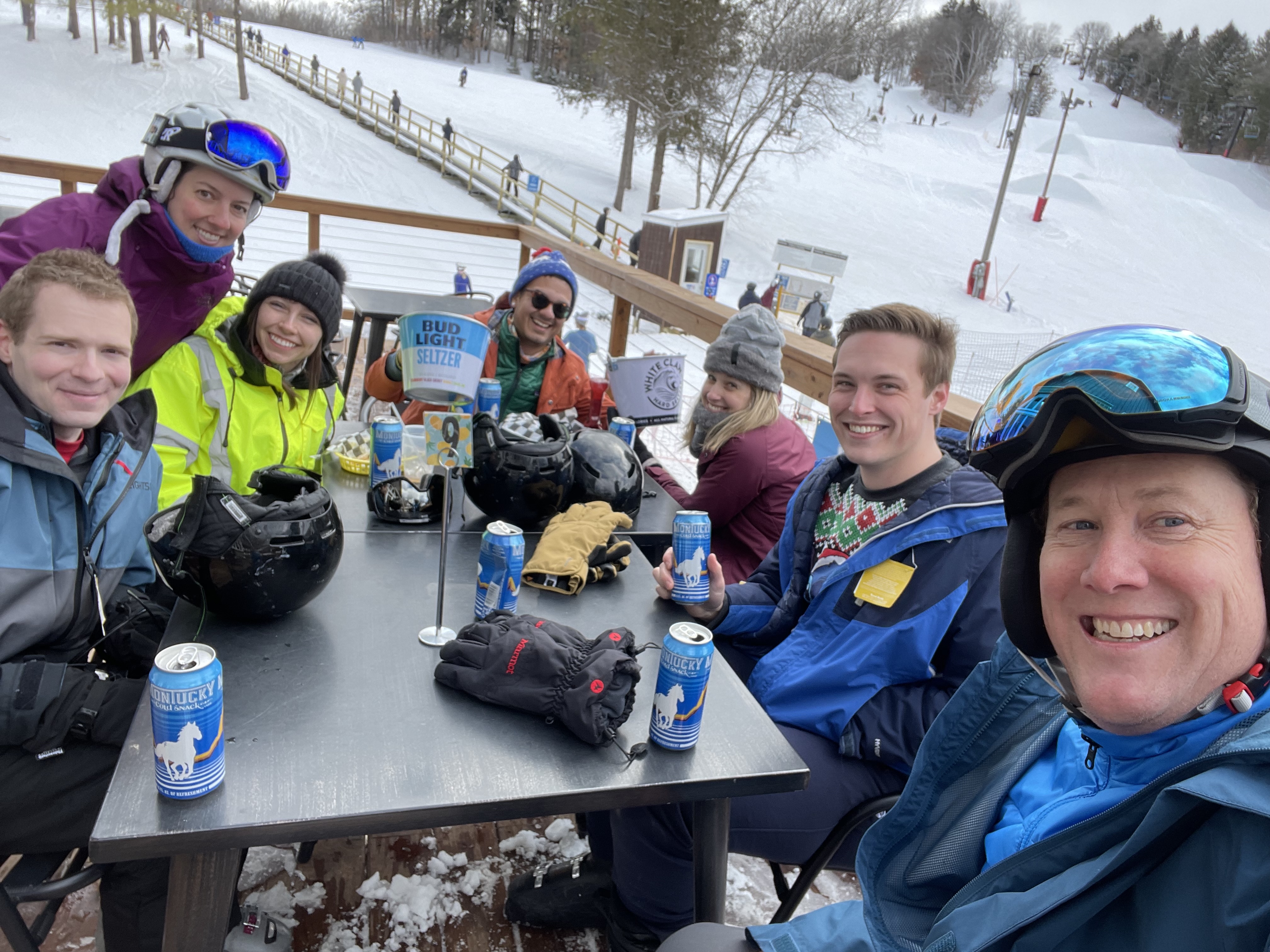 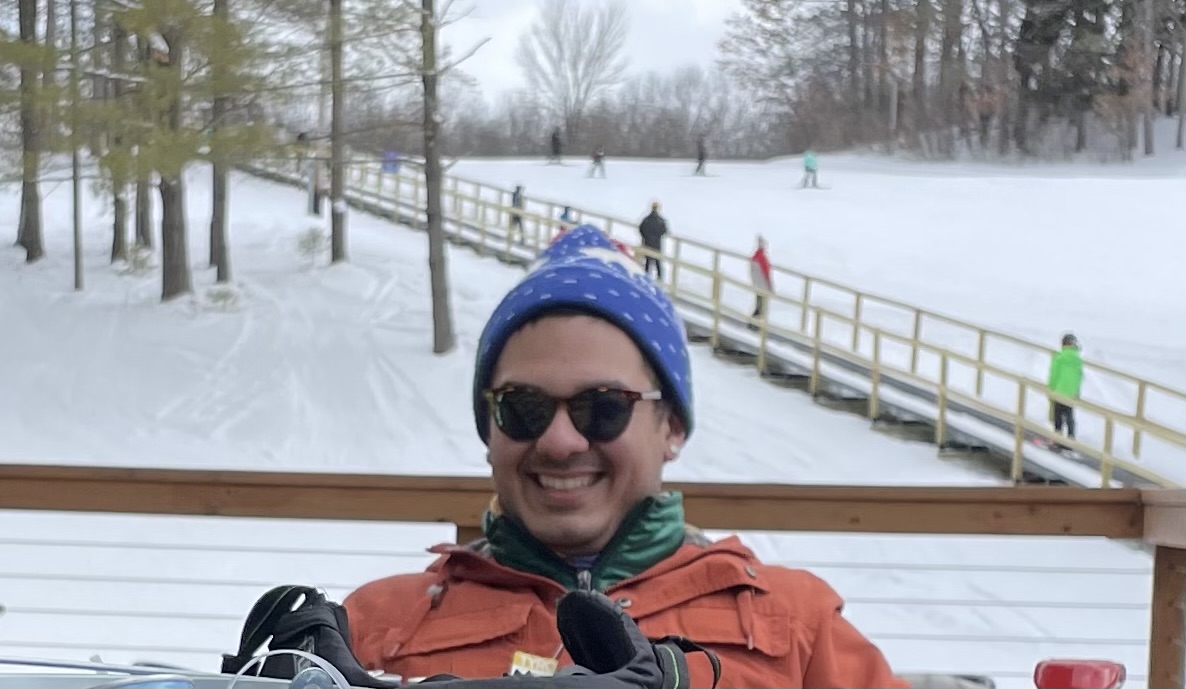 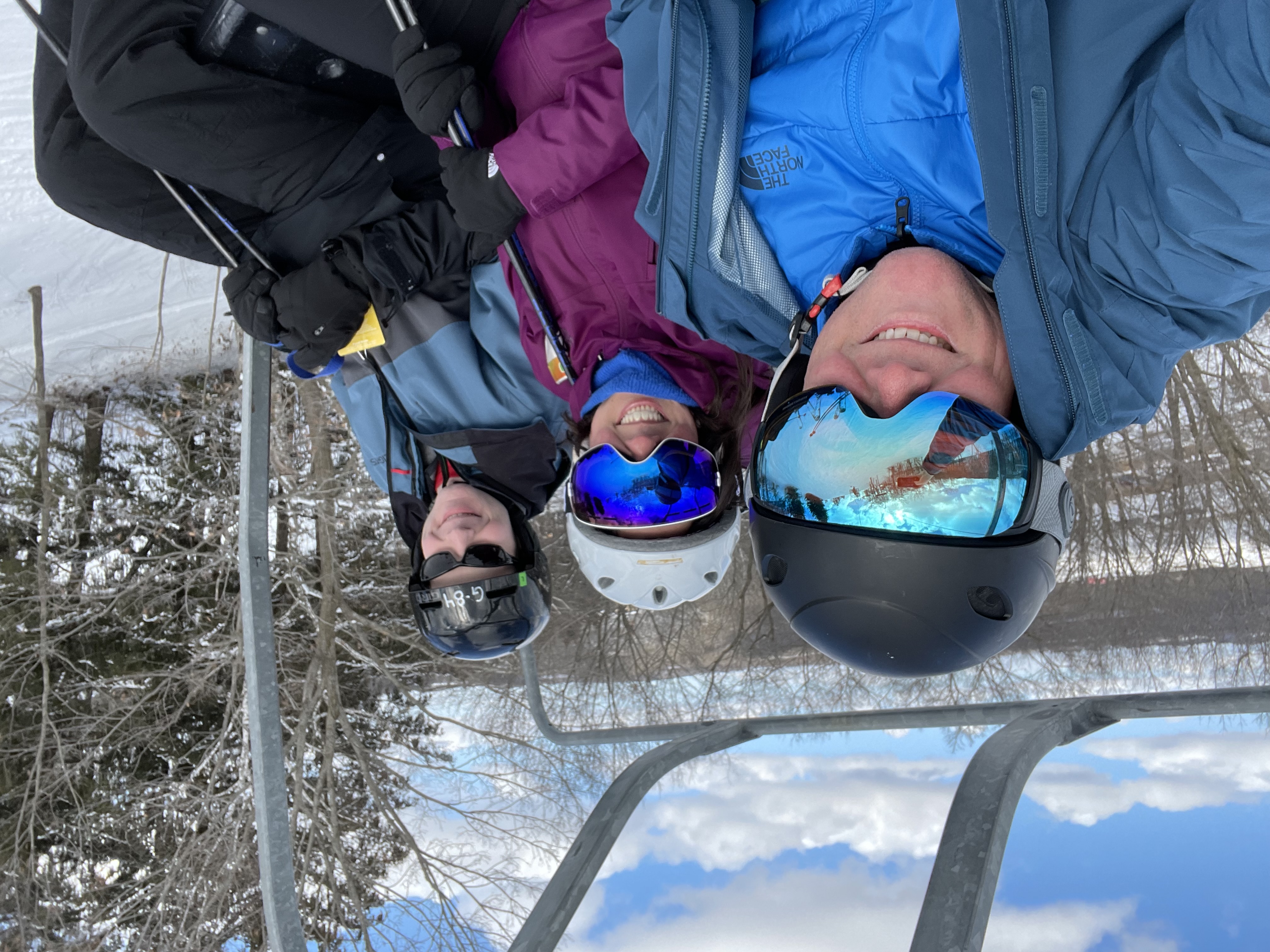 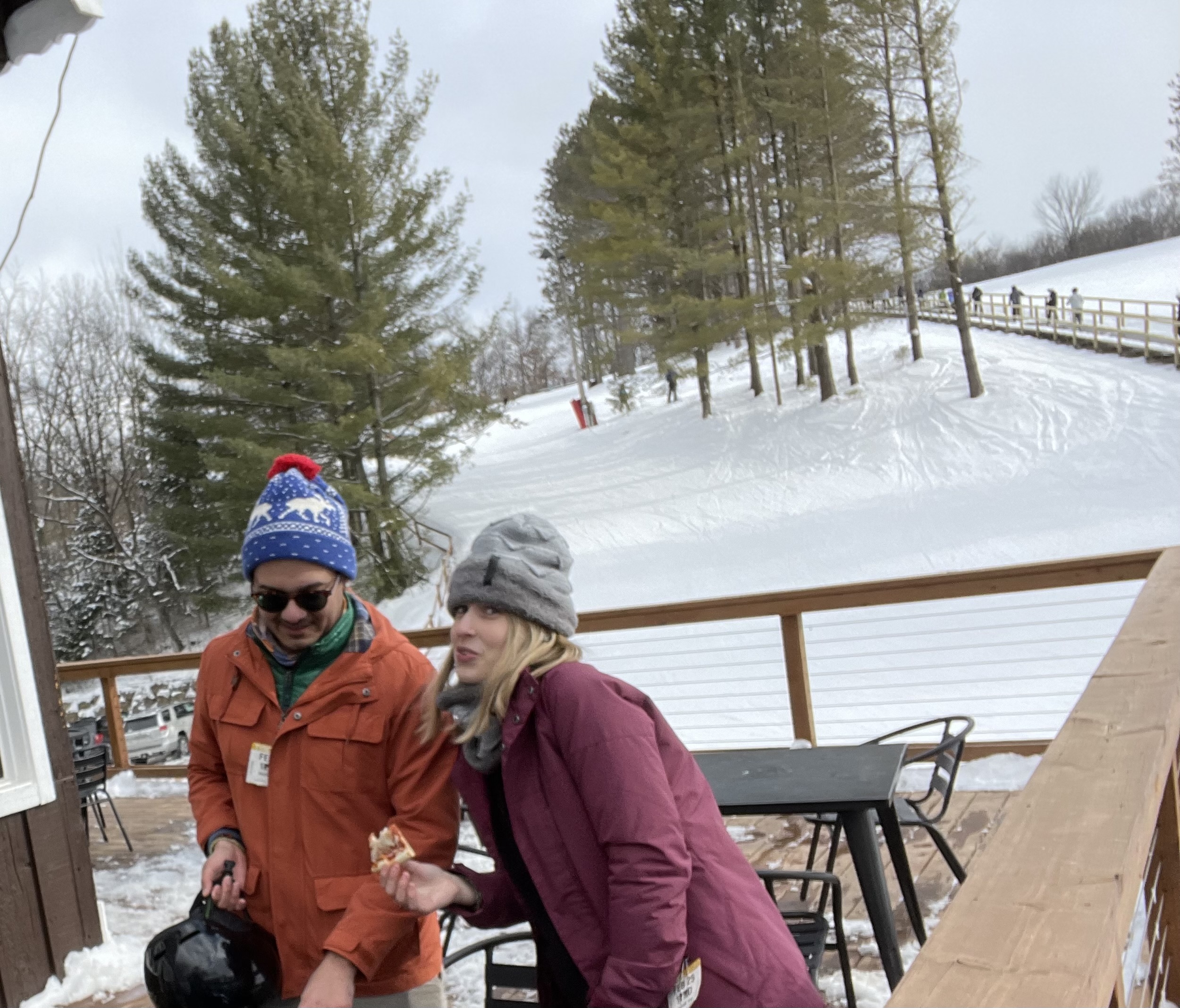 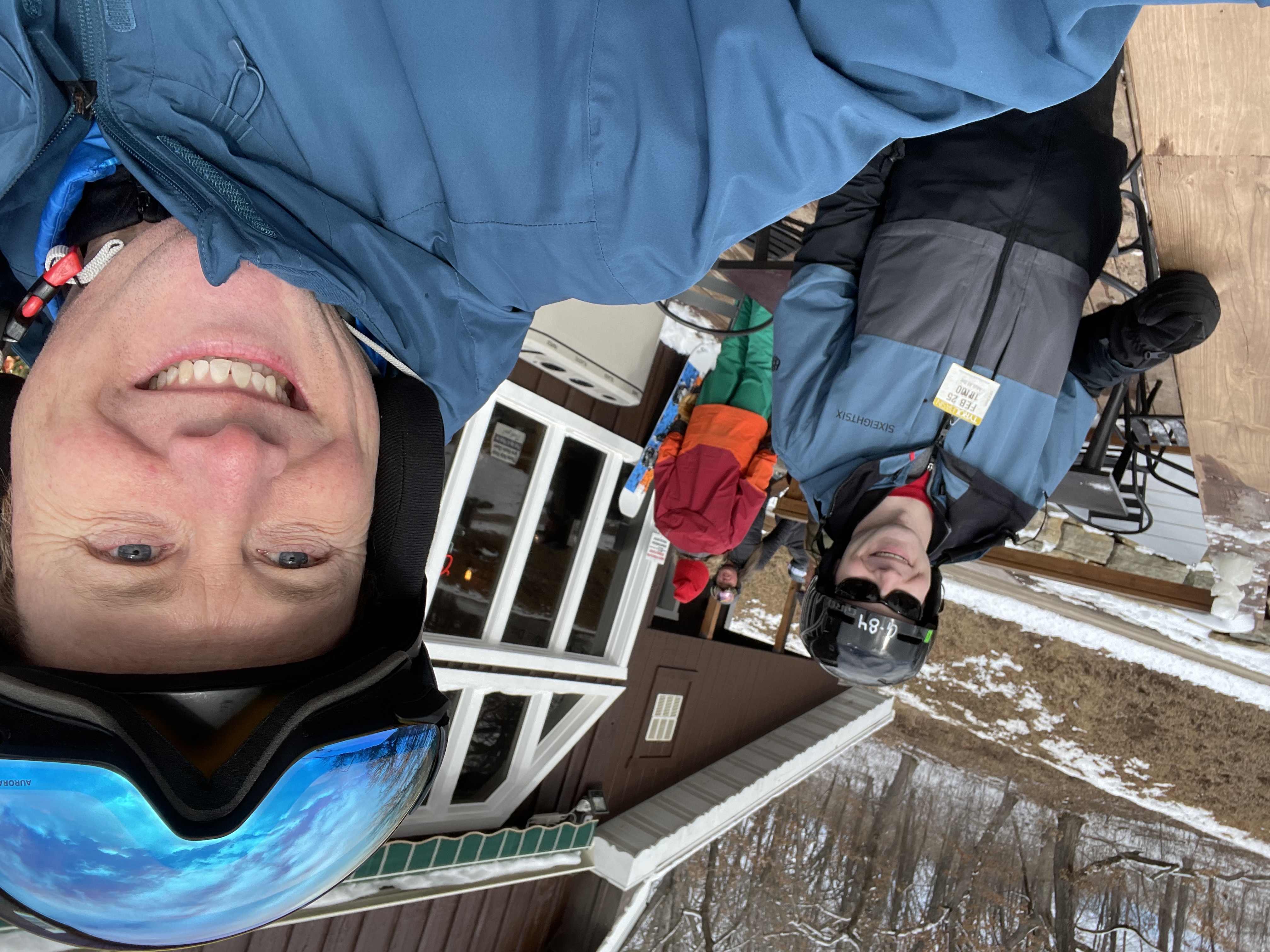 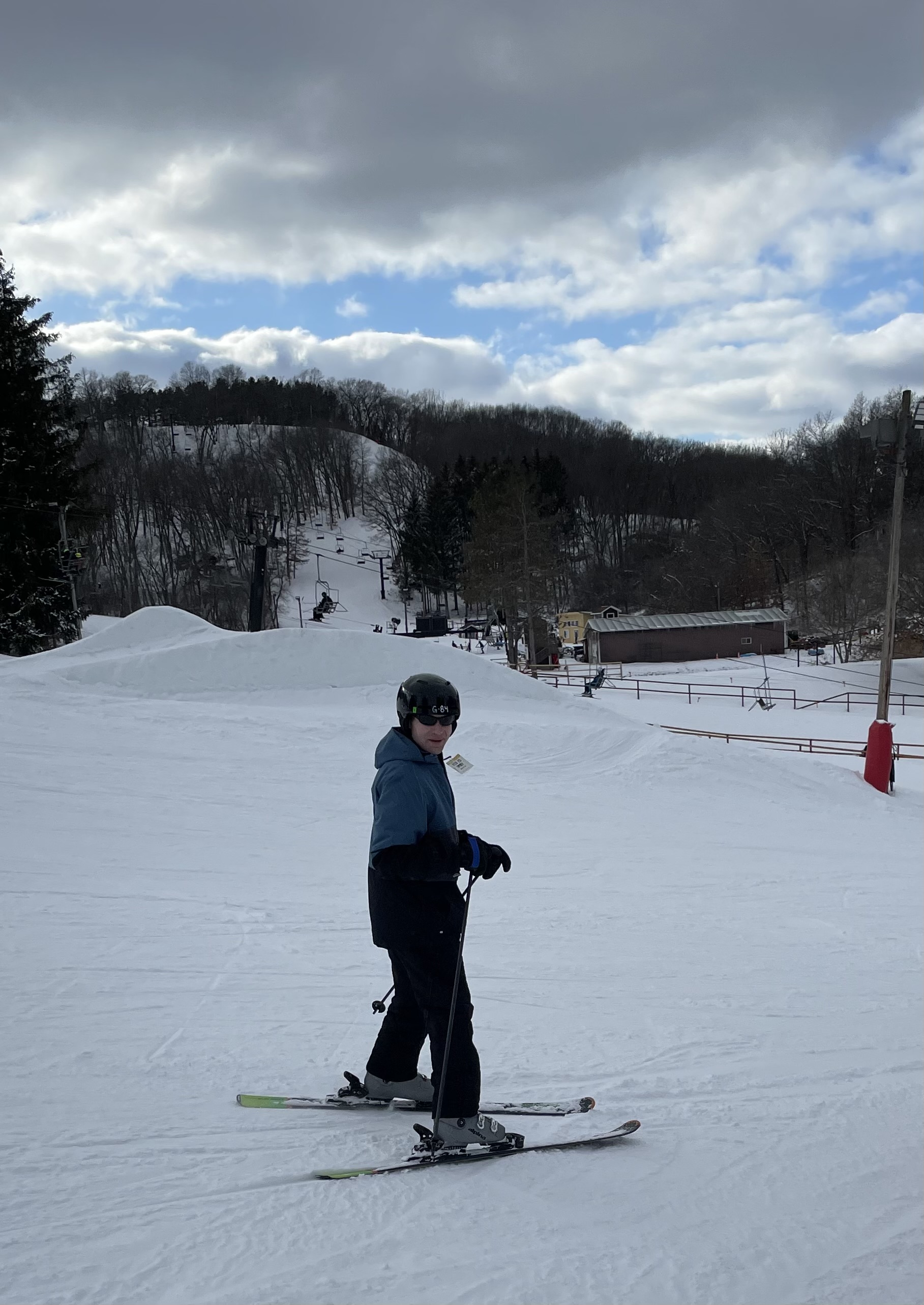