Dr. Ludwig is the Co-Director of the Wisconsin Institute for Translational Neuroengineering (WITNe) and leads the Ludwig Laboratory at the University of Wisconsin within the WITNe structure. The primary focus of his lab is developing next-generation neuromodulation therapies that use minimally invasive strategies to hack the nervous system to treat circuit dysfunction and deliver biomolecules to target areas with unprecedented precision.

Prior to Wisconsin Dr. Ludwig served as the Program Director for Neural Engineering at the National Institutes of Health. He co-led the Translational Devices Program at NINDS, led the NIH BRAIN Initiative programs to catalyze implantable academic and clinical devices to stimulate and/or record from the central nervous system, and led a trans-NIH planning team in developing the ~250 million dollar S.P.A.R.C. Program to stimulate advances in neuromodulation therapies for organ systems.

Dr. Ludwig also worked in Industry as a research scientist, where his team conceived, developed and demonstrated the chronic efficacy of a next-generation neural stimulation electrode for reducing blood pressure in both pre-clinical studies and clinical trials. Through his industry work he oversaw Good Laboratory Practice (GLP) and non-GLP studies enabling clinical trials in Europe and the United States, as well as participated in the protocol development and execution of those trials, leading to approval for sale in twenty countries including the United States.

Dr. Ludwig connects his academic research to the neuromodulation industry and clinical translation through multiple consulting and advisory roles. He serves as the Chair of the NeuroOne Scientific Advisory Board on Artificial Intelligence, is a member of the Scientific Advisory Board for Abbott, Battelle, Blackfynn, Cala Health and the National Center for Adaptive Neurotechnologies, and is a co-founder of Neuronoff, Inc. Dr. Ludwig is also a paid consultant for the Alfred Mann Foundation, Galvani Bioelectronics and Boston Scientific. 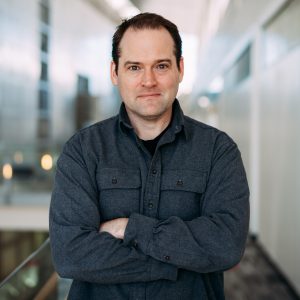